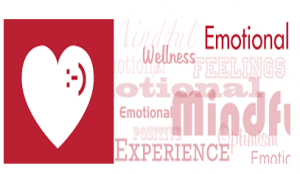 After a yearlong compliance phase, the Food and Drug Administration now requires any food labeled “gluten-free,” “no gluten,” “free of gluten” and “without gluten” to meet all of the requirements of the official term, gluten-free.

Some Celiacs Annoyed by Gluten-Free Posers

Doc Who Started Gluten-Free Fad Says He Got It Wrong

A gluten-free claim means the food contains less than 20 parts per million of gluten, the protein found in grains such as wheat, barley and rye, an FDA spokeswoman said, adding that this is consistent with the threshold followed by other countries and international bodies that set food safety standards.

The rule is welcomed by people with celiac disease, a potentially life-threatening illness caused by damage to the intestinal lining after eating gluten.

“The labels regulate the gluten in foods which we didn’t have before,” she said. “We now have a limit that is safe for those with celiac.”

Last year, gluten-free products rang up more than $10.5 billion in sales according to the marketing company Mintel. Sam admitted that the eating plan can be an overblown fad for some people. But she insisted that avoiding gluten can help some people who, while not celiac, may have gluten sensitivity.

“People with celiac have a true allergy. They can mount antibodies in response to gluten,” she said. “People with insensitivities don’t create antibodies but they often develop the same symptoms if they have irritable bowel syndrome.”

Sam pointed to an Australian study published earlier this year that followed 30 patients with irritable bowel syndrome. Many showed significant health improvements by following a diet that was free of gluten, among some other restrictions.

The rules don’t apply to restaurants, although the FDA was urging them to comply. The agency also warned consumers that some products labeled gluten-free that don’t meet the new standards may still be on the shelves.